When Thomas Kyd adapted the conventions of Senecan tragedy for the Renaissance stage, he created a new genre – “revenge tragedy” – a genre that William Shakespeare interrogated with such mastery in Hamlet. In this course, we explore Shakespeare’s engagement with the theme and stagecraft of revenge, and, particularly, the way in which Shakespeare discovers in the theme of revenge an occasion to trouble the epistemology of theatrical spectacle, of sight and verification, in three plays that span his entire career: Titus Andronicus, Hamlet, and The Tempest. In addition to our three “core” Shakespeare texts, we will read The Spanish Tragedy by Thomas Kyd, as well as selected essays by Michel de Montaigne and Sir Francis Bacon.

The following are supplemental texts for class.  Check the link(s) for availability at the OWH Library.

Visit the PA Writing Center in the Electronic Resources Development Lab (ERDL) in the PACC. 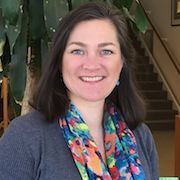