A primary source is a document that shows direct, immediate or firsthand knowledge of a subject or event. It is a document written at the time or on the scene where an event occurred. 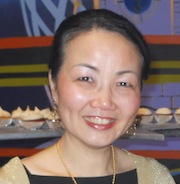